Following yesterday’s post i decided to search BBC news for ‘alcohol’.  Obviously, every single news story on the subject is negative.  But I was a bit harsh – only about half of the illustrations of booze are of beer, a drink which plays a minimal role in the issue being discussed.  Today they even showed a pic of wine in a story about calories. But if anyone was as sad as me and did this search, they would come away in no doubt as to what’s really behind the nation’s drinking problem.  Here’s a selection of pics and their captions going as far back as August…

“Alcoholics face benefit cuts” (link to video of the story below, 14th April) 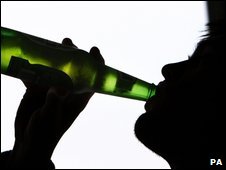 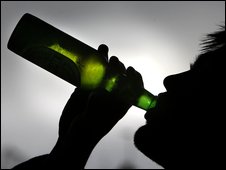 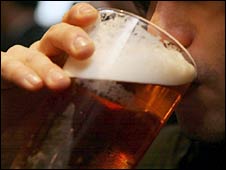 “Alcohol misuse is a major problem for the NHS” (15th March) 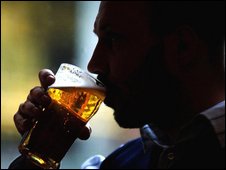 “Minimum price limits have been proposed in England and Scotland” (15th March).
(Fact: minimum pricing would affect beer less than any other drink because it is already one of the highest costs per unit of alcohol, and many trade bodies support the move). 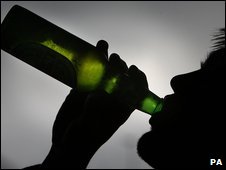 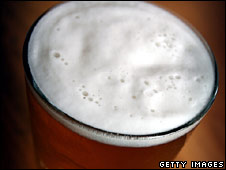 “Many western countries have a binge drinking problem” (9th March) 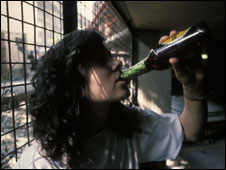 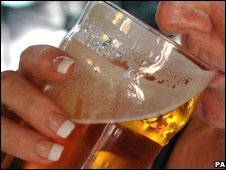 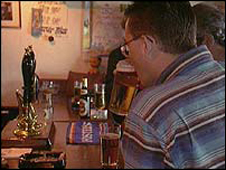 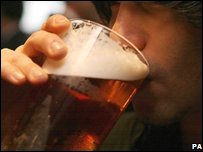 “Alcohol link to serious assaults” (27th August)
About 50% of features have no illustration at all.  Of the rest, some are specific to people in the story.  Wine comes next, with about eight picture references.  Four stories used pictures of drunk teenagers in the street.  Four used a pic of spirits.  Alcopops were featured twice and are faintly visible in some of the binge pics if you look closely.  Strong cider features once – but as that’s in a story about the cider having its ABV reduced, they kind of had to.
So there you have it: according to the BBC, young binge drinkers are slowly killing themselves on beer – mostly real ale.  So that’s why cask ale figures are really on the rise.  It’s all clear now.

curiously after all the pictures of beer I don’t half need a pint!
Friday pm idea what’s a good new bottled beer for the start of the weekend? I promise not drink more than 3 and slip over into bingeing…

The latest issue of Brewer and Distiller International reports that out of 20 countries surveyed Britain came in 14th place for alcohol consumption, well behind France and Germany. That won’t make good headlines though will it?

Really enjoyed Three Sheets to The Wind. Reading the chapter on the US, thought you might be interested in this which I came across via Stephen Fry’s webesite !

Apparently had its screening yesterday – on 440 screens .

Looking forward to getting my hands on Hops and Glory.

sent them a comment about how the BBC should stop showing pints of ale in pubs when the story is about cheap spirits and bottles/cans in supermarkets, and hopefully a few more people can do the same…

didn't get a reply, but i noticed that they now have replaced the stock photo of a pint of ale with much more appropriate photo of the booze section in a supermarket!