This month the Brewery History Society releases a very special edition of its magazine, focused on the life and work of Michael Jackson, the Beer Hunter. 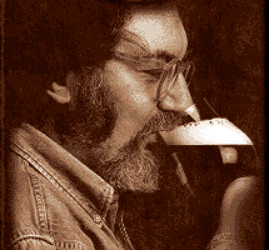 When I won UK Beer Writer of the Year in 2009, it was a particular honour because it was the first year when the award was named after Jackson.  And it was even more of an honour some months later when, as the winner of that award, I was invited to guest-edit this collection of pieces about Michael and his immense contribution to beer appreciation and beer writing.

There are more details of the result here, and you can download my introduction here.  But in a nutshell: the BHS’ Tim Holt came up with the idea, and suggested we approach various writers with topics they might want to cover.  With one exception, everyone we approached immediately came back and said yes, and delivered their pieces promptly.

I took a while to get around to reading the collection we’d assembled.  But when I finally did, I read the whole lot in just about one sitting.  When I was judging the beer writers’ awards last year, there was so much to get through we had to skim-read the entries first time around to whittle them down.  With such a big pile to get through, it was rare indeed to find a piece that you ended up reading the whole way through, and left you disappointed that you’d got to the end and there was no more.  Every time that happened, you knew you had a winner from the 400+ entries in front of you.

I’m not just being obsequious here, but that happened with each one of the pieces of writing in this collection.  What makes it even more compelling is the way it builds, so you turn to each new chapter going, ‘What, he did that as well?’  It truly is staggering to see Michael’s entire contribution to beer writing and beer appreciation, even the welfare and development of beer and brewing itself, summarised so comprehensively and so well.

We’re launching the collection at The Rake in Borough Market, SE1, on Sunday 27th March at 6pm – I only just found out that, appropriately enough, this is the anniversary of Michael’s birthday.  Tim Holt, continuing his excellent job at making this whole project happen, is trying to get as many of the writers as possible to attend. Mark Dredge and I will definitely be there.  Others would have to travel from further afield, but include Zak Avery, Roger Protz, John Keeling, Jeff Evans, Carolyn Smagalski, John Richards and Martyn Cornell.

The magazine goes out free to BHS members and costs £4.50 otherwise.  If you can’t make it on the night, I guess you can get them from the Brewery History Society website.

Hope to see you there.

I was lucky enough to be on the same judging panel with Michael, twice, in the Stockholm Whisky Competition.

He always had time to hear what other people had to say; he was keener to learn more, rather than opine.

A big influence on me.

Hope to see you on Sunday.

I was very flattered to be asked to contribute to the MJ "festschrift", and I'm sorry I'm not going to be at the Rake: he's greatly missed. Here's to him.

The Beer Hunter series on Channel 4had a huge influence on me and of course many, many others. I'm fortunate to have the series on DVD. You've just reminded me that it's time to view them again.

In the late 1980s, I had the honour of driving Michael Jackson to a CAMRA branch meeting at the Claremont, a notoriously rough Holts pub in Moss Side, Manchester. And the wheels were still on when we re-emerged. A true gent, sadly missed.

This is excellent news and the authorship for this commemorative issue is well-chosen. It is U.K.-oriented, but that is appropriate given it is the magazine of the BHS. Also, since his influence had a greater initial impact in North America than elsewhere, it is meet I think that this tribute come from a U.K. base and with a U.K. focus. He was in truth a very English writer, an international one, but English to his core.

I am sure he would feel very honoured to be the subject of these essays were he still here with us today.

He is very much missed, but his work carries on via others and via the permanent changes his enthusiasm and talent wrought in the brewing world.