Provisionally titled Tastes of Britain: How Eight Meals Shaped a Nation, my fourth book launch in two-and-a-bit years should be my last for a while… 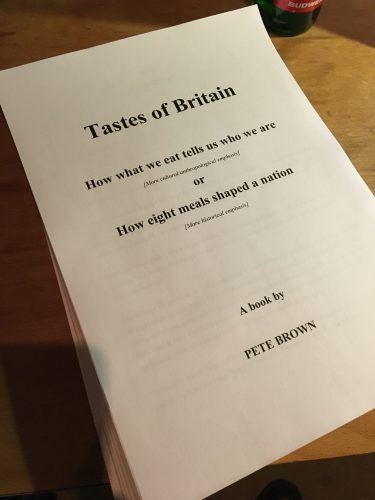 High quality problems don’t come much higher than an editor at Penguin saying, ‘We loved your last book [for us]and we’d like another one, but we’d like it from you sort of now-ish’ when you’re already knackered from writing three books in eighteen months for three different publishers. Of course I said yes, immediately.

One of the benefits of Dry January (there are pros and cons) is that I get a bit of an energy spike because I sleep better, and also I’m not going out as much. So last January I rattled out an idea, which Penguin liked, and this January, after researching it for nine months and then sitting down to write it at the start of November, I finished the book. That’s the quickest I’ve ever turned a book around – it usually takes two years from start to finish.

A book about the meals that shaped Britain may seem like a bit of a departure for me. It is, really: there are cameos from beer, cider and pubs but only in passing. But some of the themes in this book have been kicking around in my head since at least 2009, and they come from exactly the same place as my first two beer books: what makes us tick? How did we get to be the people we are? And why do we seem so curiously reticent about shouting about the things we’re really good at?

To explore these issues and more, I trawled through survey after survey that asks us what our favourite meals are. I chose the meals that kept coming up in every one, and compiled my own list of eight. This list definitely misses off some national favourites and classics, but just like when I was visiting beer drinking countries for Three Sheets to the Wind, you have to have a cut-off point in numbers much lower than you would ideally like if you want to do justice to the ones you’ve chosen. So there are eight (it crept up from a magnificent seven) in total.

For each meal, I choose the perfect location to eat the typical, most representative example of it (not the best – at least, not necessarily) and go there and eat it. While doing so, I explore its history; I look at the emerging discipline of food studies to see what it tells us about ourselves; I explore why in most cases the meal seems to be under threat even as we say it’s one of our favourites; and explore personally what the meal means to me, growing up as a distinctly working-class northern lad and now being a fully paid up member of the middle-class north London Metropolitan foodie elite, or so I’m sometimes told on Twitter. Lots of things shape our attitudes and relationships with food – class is a pretty big one.

I won’t say any more just now because we still have the editing process to go through. It’s due out in September, and I’ll release more details before then. And I’m sure many passages will be cut, some of which I might be able to use for previews here or elsewhere.

Apart from that, I’m taking a break from writing and working on ideas for books for a short while, for the first time since 2014. This means I should finally have time for more blogging again, as well as having a social life… see you around.

That sounds very interesting Pete! Like Man Walks Into a Pub versus Food. I have enjoyed all your books that I have read so I wil be queuing up to buy this one.

“my fourth book launch in two-and-a-bit years should be my last for a while… ” Excellent. Gives the rest of us a chance to get something published …

You deserve great respect for sharing your experience with aspiring writers! Thank you for this article! 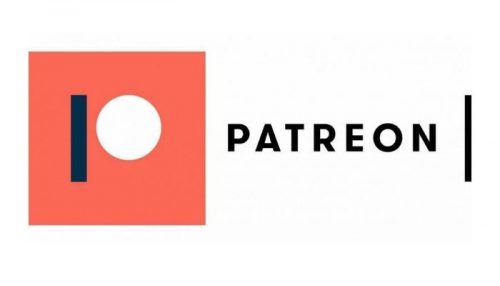 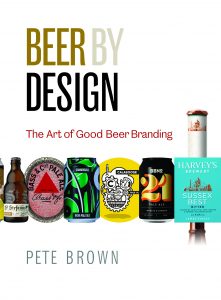